Tomicus Treatments and extermination of tomicus 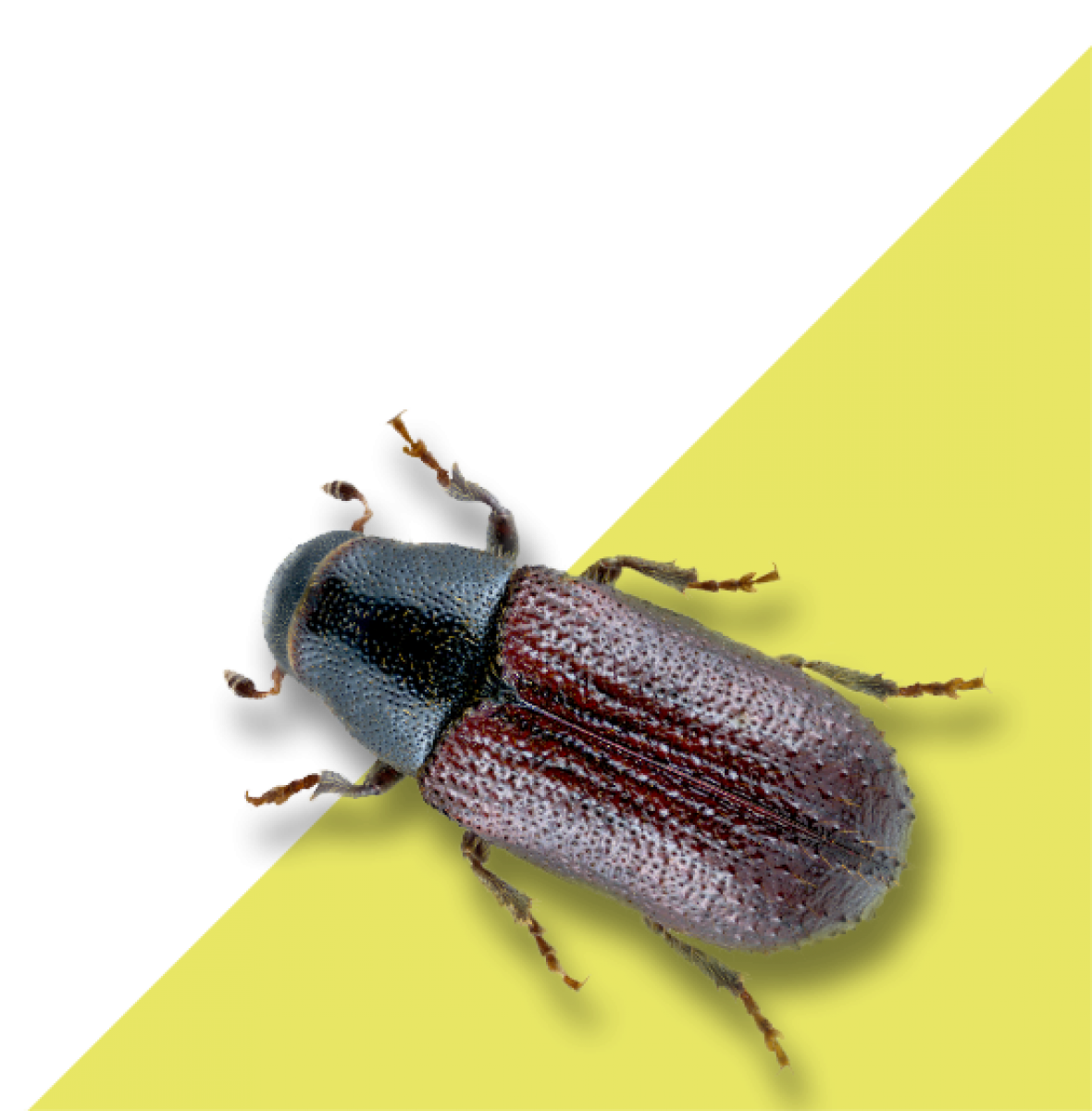 The enemy number one of the pines. Next we are going to explain the problems and possible solutions to this annoying insect.

You may have seen how your pines turn yellow and the needles in their tops turn red, watching helplessly at the death of these trees, and there will even be ever observed the fall of a branch that can become a danger to those who walk near the foot of the pines. Well, this fact is due to a specific beetle, the so-called Tomicus sp., It is a borer insect belonging to the coleoptera order and the scolytidae family, commonly known as a borer. The problem of this species is not only what it causes but also the difficulty to control this pest given its great dispersal capacity.

Prevention is the best weapon against pests of the tomicus sp beetle.

They produce two types of damage to the whole of Pinus sp .:

With "normal" levels Of population, the attacks occur on feet weakened by any cause, for example drought, waterlogging, feet knocked down by wind and snow or remains of felling. When there is a significant increase in the population, attacks on the same foot are very numerous, and can overcome the resistance of a healthy foot. Signs of colonization are the presence of lumps of resin and abundant sawdust. The tree defends itself by resining, in such a way that it mechanically prevents the penetration of the escort, causing death or emigration. When a significant population level is reached, attacks on healthy feet are possible.

The most effective way to combat this destructive plague is through the endotherapy technique, the same one used against the processionary in a preventive way.
This injection method works. internally through the sap reaching larvae and adults, which feed on it.

Our treatments against tomicus sp

The advantages of this method are:

It should mainly be used during the months of April and May as a preventive measure, to prevent the imagos or adults from emerging. There are other methods of control over Tomicus populations that are classically used that can be effective but only if they are done properly and strictly with respect to time. This will prevent attacks on healthy feet. It is essential to avoid the presence of feet weakened by wind, snow, fires, recent harvesting residues, etc. or dead feet, by means of silvicultural actions such as clearings and thinning. Once the attack has taken place, the most effective ways of fighting are two, the detection and elimination of the infested feet before the emergence of the new generations in the month of March, and the placement of bait piles. . If the seasons where they are located are very cold, discoloration in the crowns is detected when the sap begins to move in spring, and then it is very likely that the new imagos have already emerged. In temperate seasons, yellowing occurs shortly before emergencies, so the time available to act is very short. In warm areas, yellowing is detected in the month of December, taking at least two months for the detection and removal of the affected feet.

Other methods and treatments against tomicus sp.

On the other hand, you can also do a treatment with pyrethrin to eradicate the plague of tomicus sp., spraying it on the treetops when the presence of the insect is detected , and after 15-20 days the spraying is done again, but this method is not as effective as endotherapy.

There are also some traps with pheromones cairomonas for tomicus sp. that serve as an attraction for males and females during the breeding season.