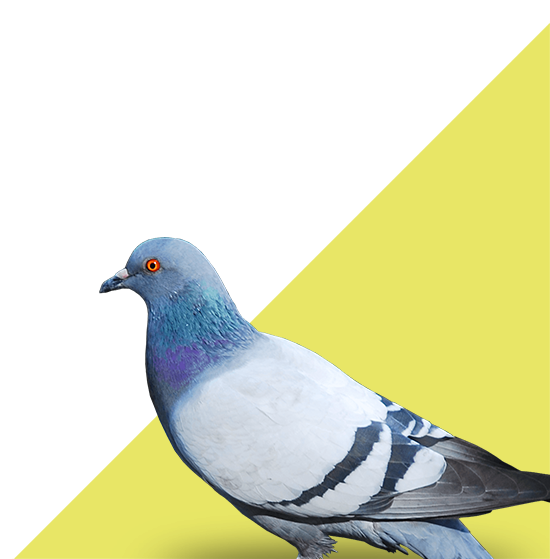 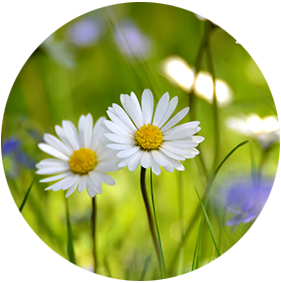 Solutions for problems with doves, starlings, sparrows and seagulls.

Birds can be very molesting, they are a potential health risk and cause a loss of value in real estate.
Doves, starlings, sparrows as well as seagulls can be numbered upon the animals that have adapted to a life in an urban environmet. The similarity of the urban environment compared to their natural habitat, lack of natural enemies and abundance of food sources are reasons for their wide distribution.

Nowadays, bird pest control is a big concern for every modern city, as they can distribute in an uncontrolled way in these environments. This leads to an overpopulation that causes damages and a wide range of diseases.

Because of the abundance of food sources, lack of natural enemies and the similarity to their natural habitat, birds have adapted to the urban environment.
Typical signs are the presence of living or dead animals, excrements, feathers, materials covered in fecal matter, etc.

We have a wide range of techniques and methods to control bird pests.

Our methods are very efficient and do not cause any harm to birds or the environment. 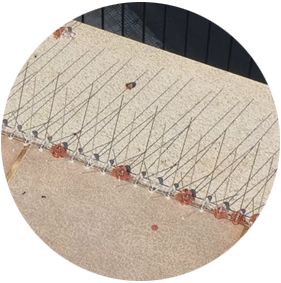 Bird control nettingThese are nets that are installed in open areas in order to deny pest birds access and avoid nesting, alight or roosting. Nets are one of the most efficient and long-lasting systems to control bird pests.

Systems with spikes, poles and wires These systems are made of stainless steal and are installed in places where birds alight or roost. This system is almost invisible and provides good results.

Visual bird deterrents These systems use lasers, strobe lights and sun reflections in order to frighten and scare away birds with visual effects.

Sonic bird deterrent These are devices that produce sounds like alarms, shots, sounds of natural enemies, etc. Their effectiveness is limited, but they may be used as a short-term solution.

Scent deterrentThis means the application of products that contain natural extracts or essences that repell the bird without harming it. These products cause behaviour modifications, it flees and avoids nesting in treated areas.

Gels These are products that use the bird´s four senses in order to chase it away. They emit ultraviolet rays, scents of natural herbs, they are sticky and have a repellent taste.

Pigeons, starlings, sparrows and even seagulls are some of the animals that have adapted to live in large urban areas. The similarity of the urban environment with its natural environment, the lack of predators and the abundance of food, are the reason for its great proliferation.
In this sense, the control of birds today has become a major concern in any modern city, where species have proliferated without competition, which produces an excess of population, causing damage and various diseases.